Phrixus! songs from the Early years

Phrixus has produced an incredibel amount of CD albums. Just taste it underneath..
And by the way: Excuse the Dutch (text that is). 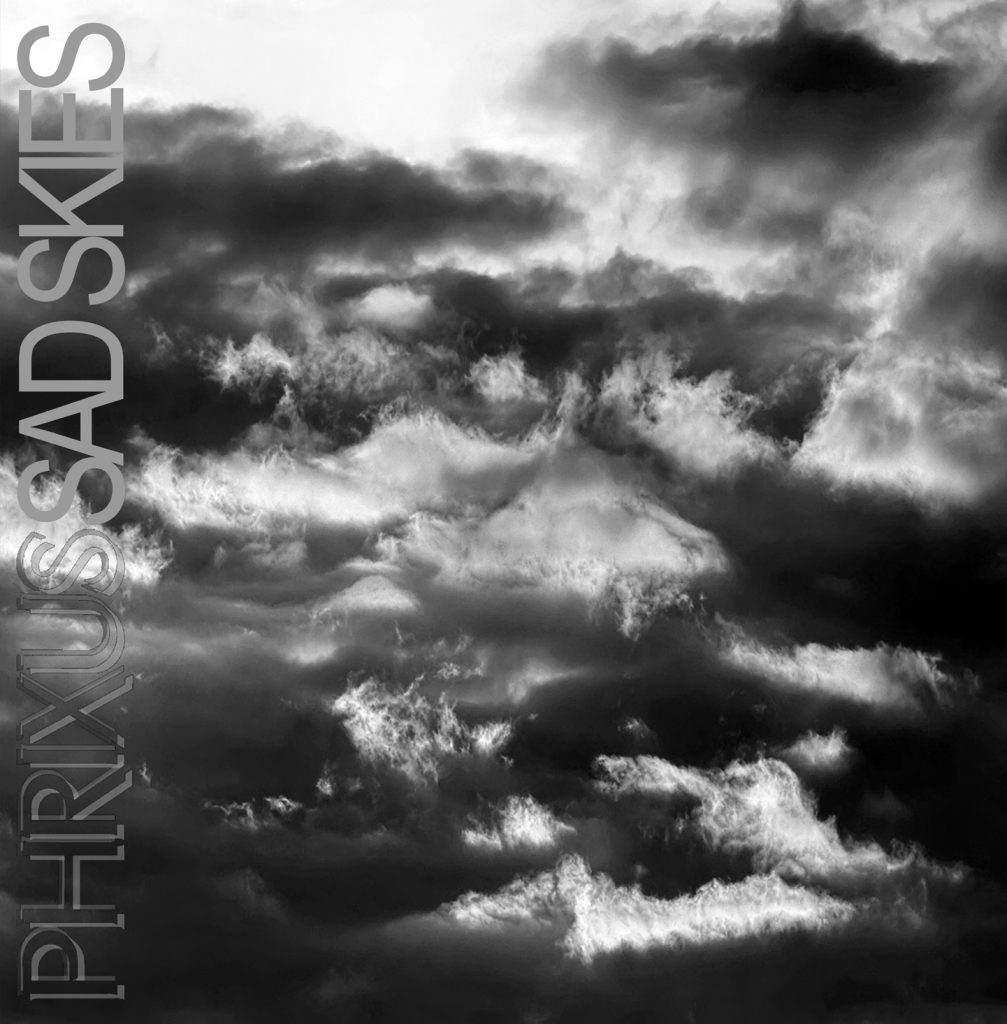 Imagine yourself walking down a deserted street, on a cold and wintry evening. A fierce wind is ripping right through you, the cold seems to be eating you from within. You’re in desperate need of a drink, so you decide to enter the first pub you come across and have a stiff one.

This is precisely how I felt on February 28, 2004. I’d come to Alphen aan den Rijn that Saturday to do some business, but it hadn’t been too good. I was on my way back home, but I was so cold I had to get inside a pub and get warm first. I entered some place, went straight to the bar and ordered a double whiskey. While the barman was pouring my drink I turned my attention to the small stage I had passed upon entering. Apparently a band was just getting ready to play. I took my drink and sat down to listen…

Three hours later I left, barely in time to catch the last train home. I’d just experienced Phrixus for the first time in my life and it had left me pretty elated. What musicianship! What creative energy! Man, was I glad I’d singled out that particular pub that night!

In the weeks that followed I went to see them play whenever I could. No two gigs were the same, but the music was always superb. After a while the band members acquainted me and invited me to come and visit their studio. There I got a chance to listen to the material they had been recording for their first album: Sad Skies. It comprises the full range of Phrixus’ musical inventory, from the introvert piano lines of ‘Sad Skies’ to the raw rock of ‘Hendrix Dream’.

Phrixus is truly a most promising band. I’m happy to have met them. 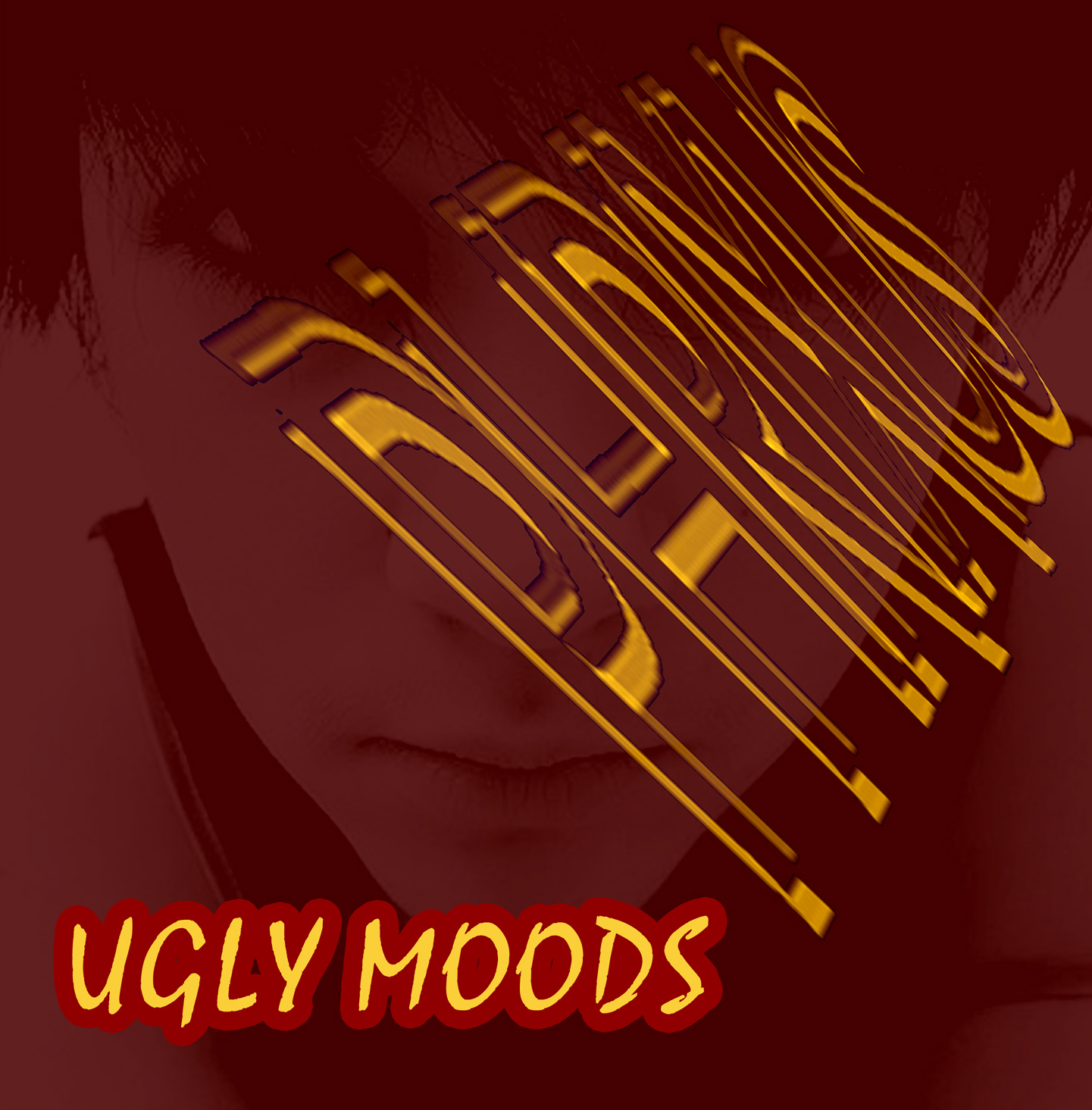 Stunned by the unexpected success of their debut album Sad Skies and the consecutive heavy touring schedule, Phrixus was forced to postpone the release of their second cd for several months. The basic tracks for the album had already been recorded before Sad Skies was even released, but the band simply couldn’t find the time to edit the material.

I think it’s safe to say that the waiting has been worthwhile. Like its predecessor, Ugly Moods explores a wide range of musical ideas and influences, drawing from jazz, blues, progrock and symphonic rock. But the songs are less polished. They vibrate with spontaneity and leave ample room for improvisation, which adds a refreshing rawness to the music.

Ugly moods tells the story of Alphen aan den Rijn, Phrixus’ hometown. From the opening track ‘Little Alphen’ to the title track ‘Ugly Moods’ the music paints a pretty gloomy picture of what a musician’s life in a dull provincial town may look like. Boredom is his lot, and there’s only one place where he can find solace.

I must say it was a pleasant surprise that the band decided to dedicate a song to me! Even more so because I share this honour with all the pretty ladies that have given me solace in this past year. But please, disregard the rumours about any unlikely olfactory powers I might possess.

With Ugly Moods Phrixus has delivered a worthy sequel to their debut, certainly as strong and potentially as successful. 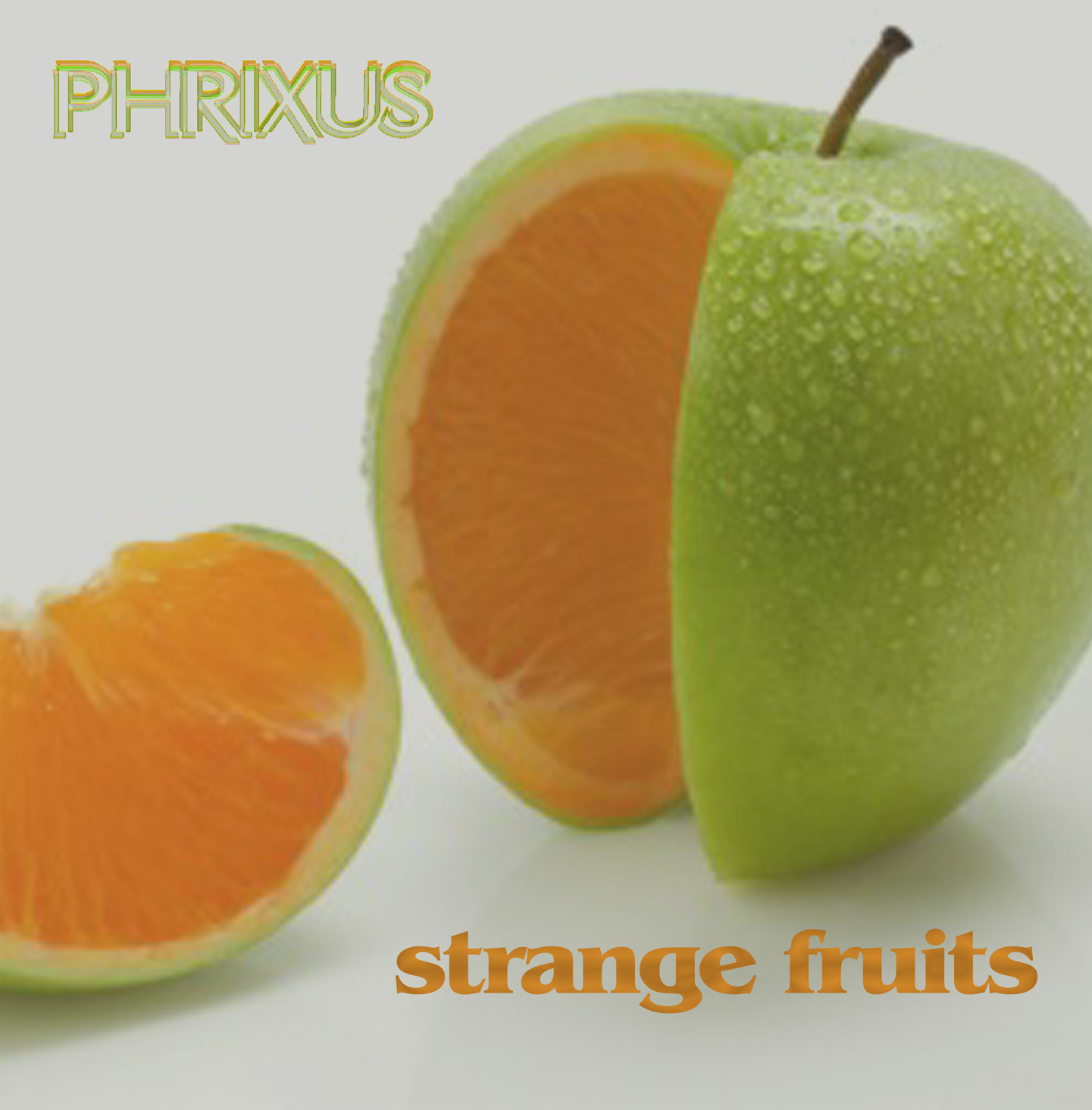 Having released two instrumental albums, Phrixus began to feel the need for a vocal dimension to their music. In May 2005 female singer Cynthia Kuijper, with whom Phrixus had recorded some songs earlier that year, was invited to join the band. The rest of the year was spent writing, rehearsing and recording songs for their next cd, to be released in the spring of 2006.

Then disaster struck. A fire burned down the Phrixus studio and destroyed all instruments and equipment as well as the material recorded for the upcoming album. It really freaked me out when I heard this had happened on February 28, exactly two years after I’d seen them play for the first time!

The band members could only retrieve two or three of the recorded songs and some snippets of material from their home computers, not nearly enough for one cd. Then Rens, to his great surprise, discovered a bunch of long-forgotten songs from the early days that had been sitting on his computer for almost two years. And it was pretty hot stuff!

It is this material that Phrixus decided to release as their third album, Strange Fruits. All songs are pure improvisations except for ‘Smile Child’, which is a duet for keyboard and guitar. Like its predecessors, Strange Fruits contains only instrumental music. To make up for the lack of lyrics the music is accompanied by a short story, added as a booklet.

Listening to these ten pieces I can only conclude (once more) that in the first year of its existence Phrixus was a very creative and versatile band. Let’s hope they keep it up, in spite of their recent misfortunes. 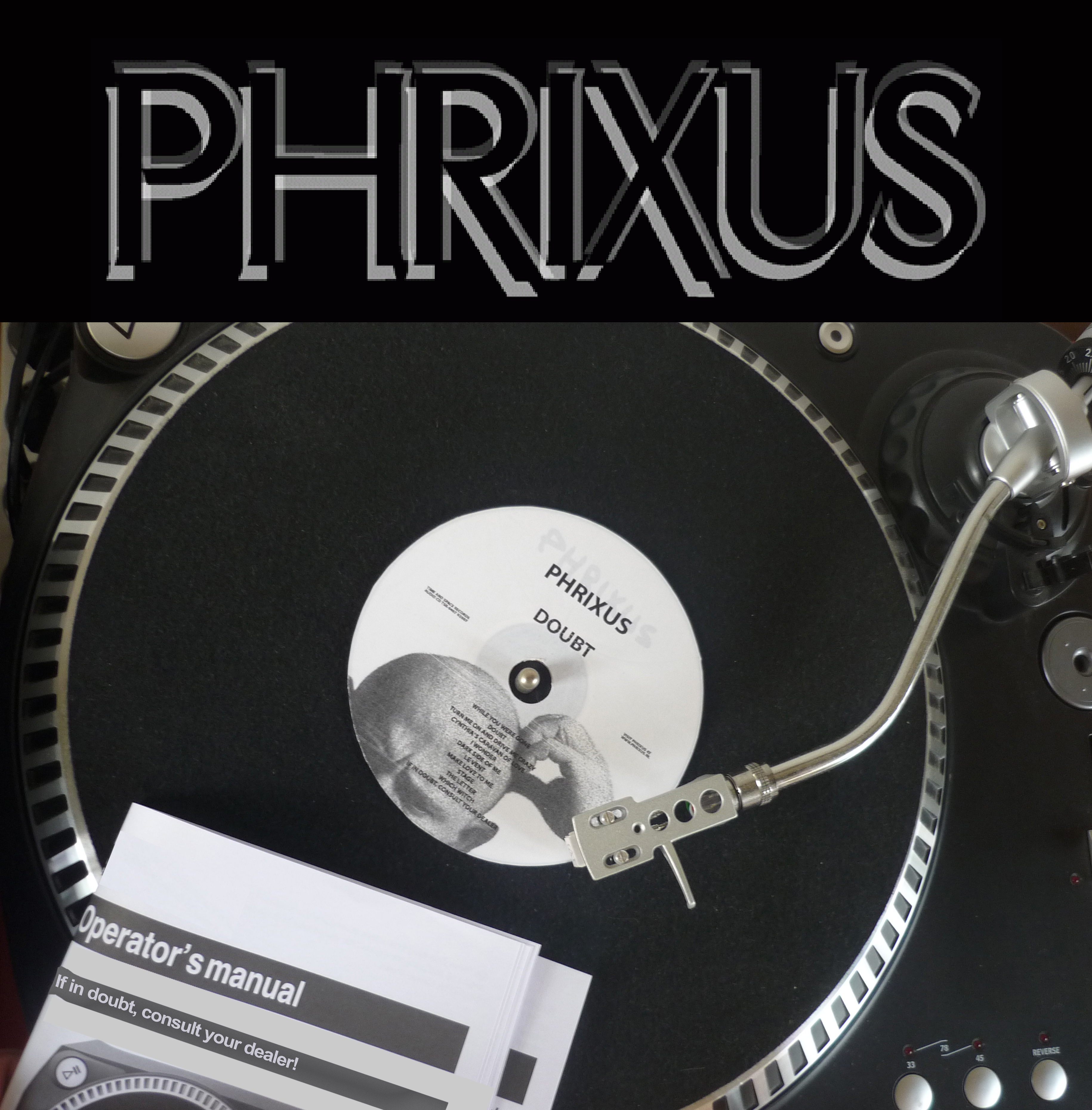 The past 18 months have been hard on Phrixus. After losing their studio, equipment and most of their instruments in a fire in February 2006, the band was very downcast. In the first half year rehearsals were few and they recorded only a handful of songs, having to borrow or hire instruments and equipment as well as studio time. Friction between band members and doubts and differences about the musical direction made things only worse. All in all it took them almost a year to get their vibes back.

Towards the end of 2006 they asked me, as a friend, to become their manager and help them find a suitable place that could be turned into a studio. I consented and started looking around. In January 2007 I stumbled upon an old office building in their home town that offered more than enough space and just the right atmosphere. Rebuilding and furnishing it with new equipment took a few months, but on June 1 the work was done and Phrixus could move into their own brand new ‘Time And Space Studios’.

This fourth Phrixus album presents a combination of some of the music written in this gloomy period and some older material that escaped the fire. It’s the first album with Cynthia Kuijper on vocals, but it is not at all the album that Phrixus envisaged making when Cynthia joined the band in 2005. Much of the material they had prepared for their first vocal album was lost in the fire. Some songs have been re-recorded, but not yet all. In other words: we have something to look forward to!

Jaap de Boer – Manager
(and still friend of the band) 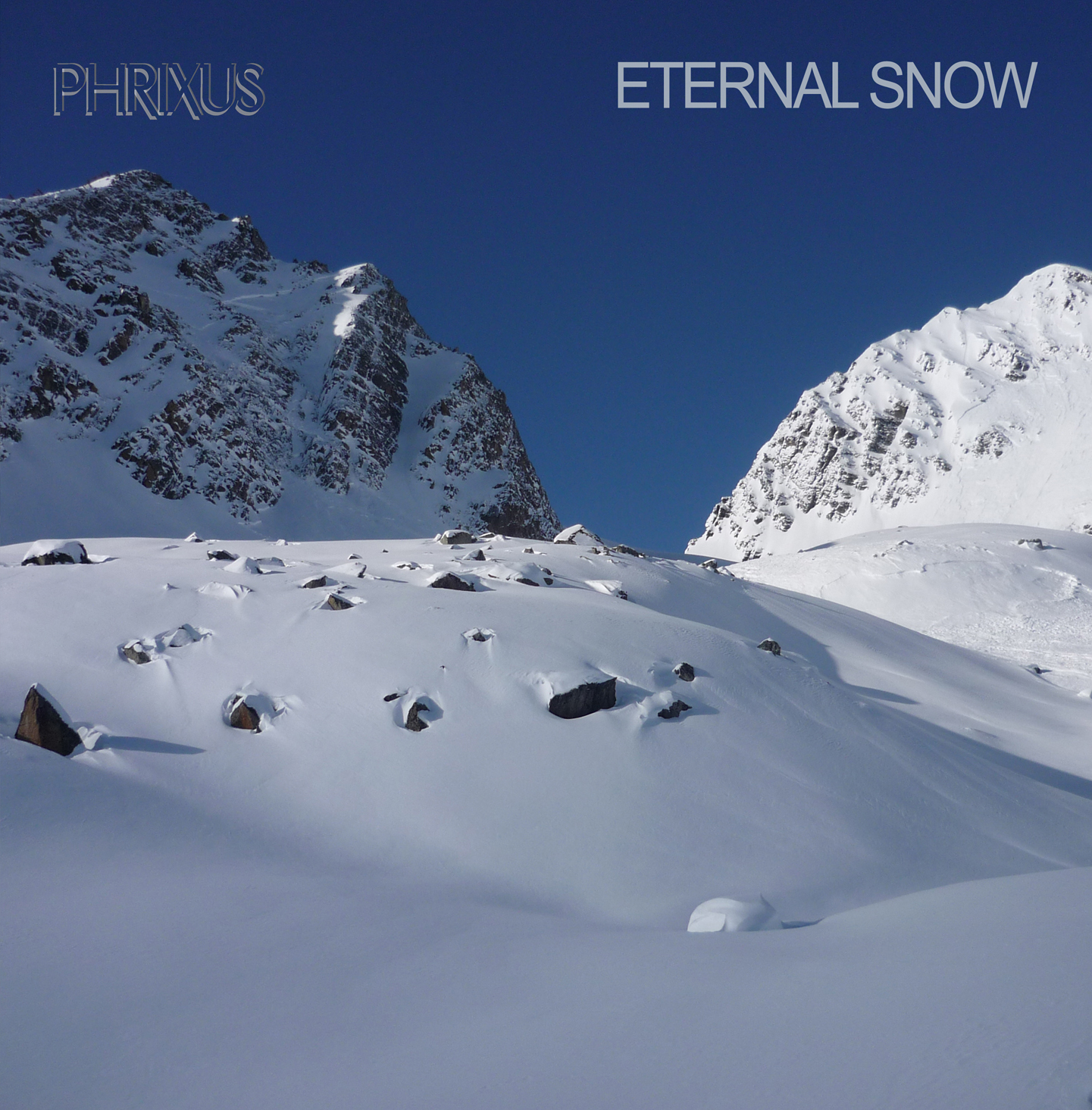 As is clear from the lyrics, the songs invariably deal with strong, sometimes even personal emotions. In this respect each track is a showcase for lead singer Cythia Kuijper, who convincingly shows that she’s perfectly capable of getting different moods and emotions across to the listener.

For the band members the release of the album itself has strong emotional overtones, too. Most fans will know that Phrixus went through a bad patch after a fire destroyed the original recordings for this album. It took the band over two years to re-record all songs. Of course they are very happy the album is finally out now.

To mark their fifth anniversary as a band, Phrixus had planned for Eternal Snow to be released in June 2008. But in March, at the start of their ‘Totally Phrixus Tour’ through Germany, two songs still awaited recording. Fortunately, the band was able to hire studio time at a recording facility in Frankfurt, where they recorded ‘Flotsam & Jetsam’ and ‘Vogelvrij’ in between concerts.

As their manager and friend I’d like to congratulate Phrixus on this outstanding album. And I really do hope they’ll be pouring out music like this for at least five more years! 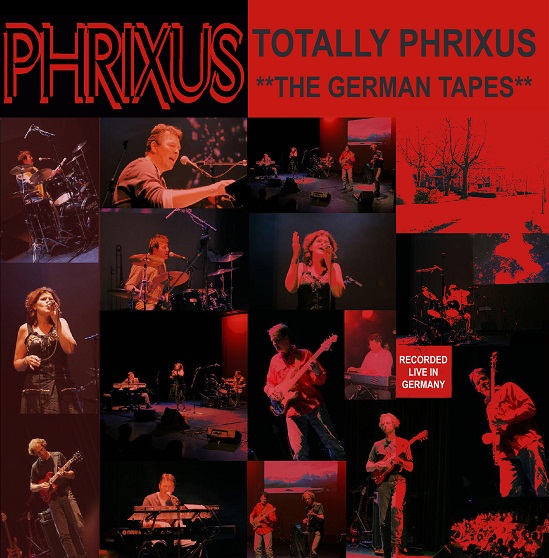 It’s been less than two months since Phrixus put forth their album Eternal Snow, and already now they release their next cd called Totally Phrixus, a 75 minute live registration of their spring tour through Germany. I can’t think of a better way to celebrate the fact that they’ve been in the spotlight for five years now!

Totally Phrixus offers the listener an overview of five gigs the band did in Frankfurt, Venkel, Pickel and Spürm. To me the album clearly shows that Phrixus can live up to their reputation in a live setting. I hope you come to the same judgement. Enjoy!

Continue to the next part: Phrixus in the Midlife Crisis Years