Phrixus! songs from 9.9 Years After

Phrixus has produced an incredibel amount of CD albums. Just taste it underneath..
And by the way: Excuse the Dutch (text that is). 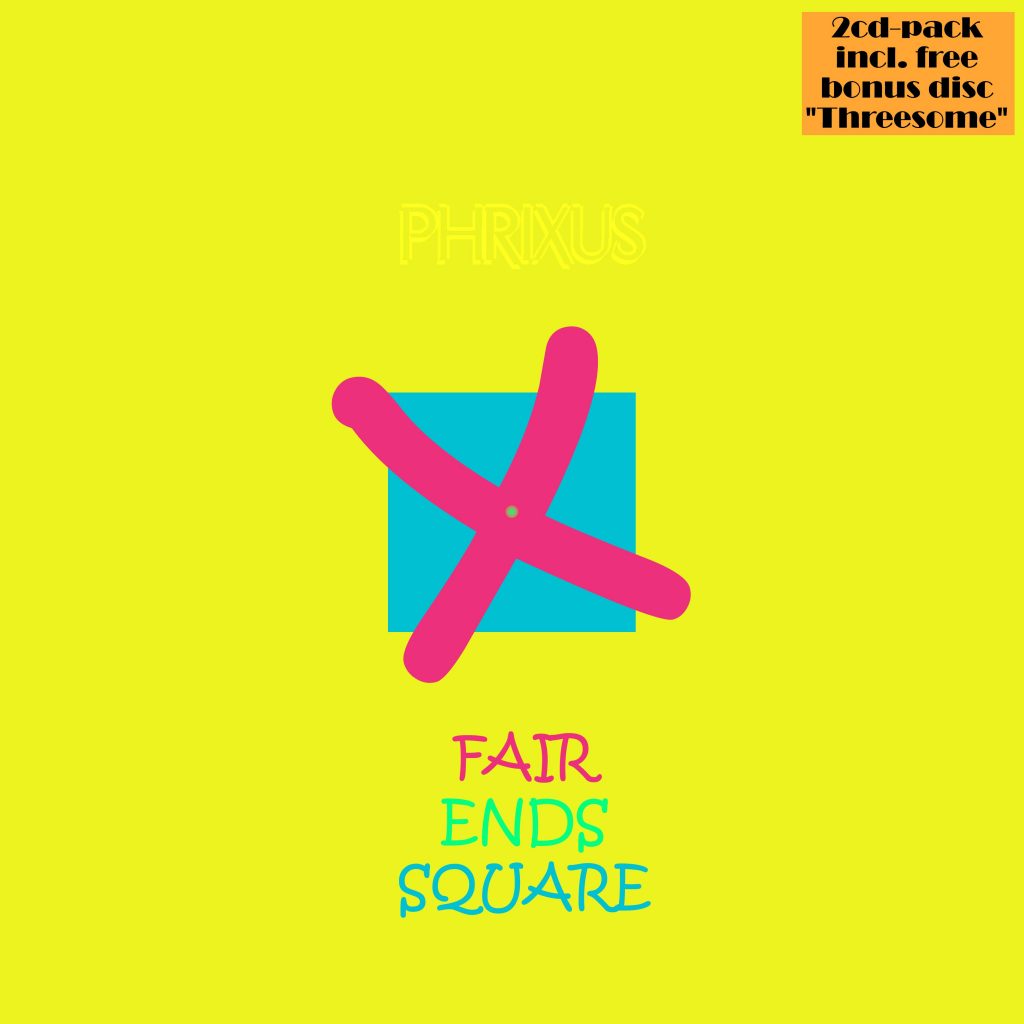 Phrixus have done it again! It’s been only six months since Stubble was released and already now they present their newest album: Fair Ends Square. How they manage to do it, I don’t know. But I don’t care! Because this new disc of theirs contains some awesome tunes that prove Phrixus is still on top of things.

Take the opener ‘Borderline’, for example, with its catchy oriental riff that puts you in a rollercoaster frenzy right from the start. Or the jazzy ‘Out Of The Closet’, with its rich piano chords and soulful synth solos spread out against the constantly pounding bass and drums. Not to mention the weird, ultra short title tune – in fact, the shortest song Phrixus ever recorded – with its crazy juxtaposition of fast vibraphone soloing and stuttering rectified guitar. The other six songs – two of which were recorded in 2012 during the sessions for Swapped (2013), but didn’t make it to the album then – are just as tasty. My final verdict: a must-have for the true Phrixus fan. 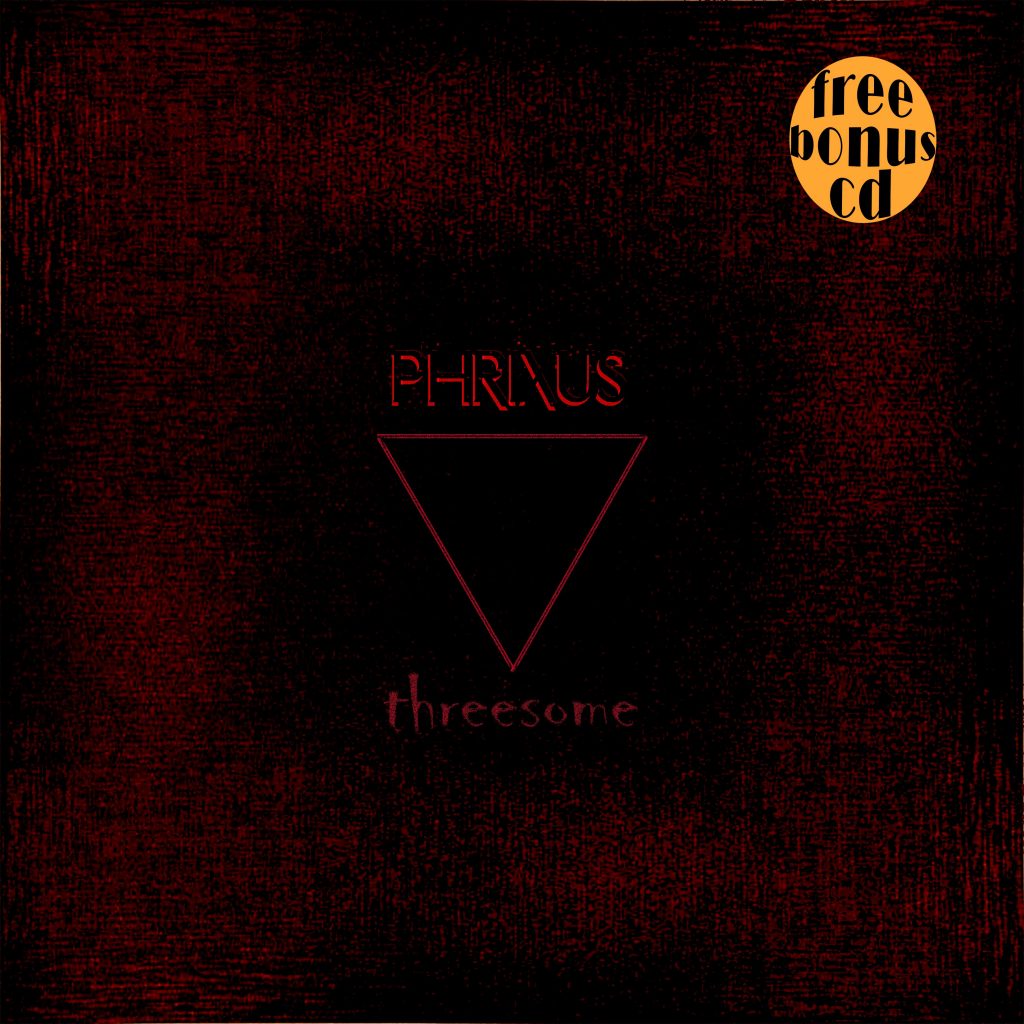 You’re in for a real treat: 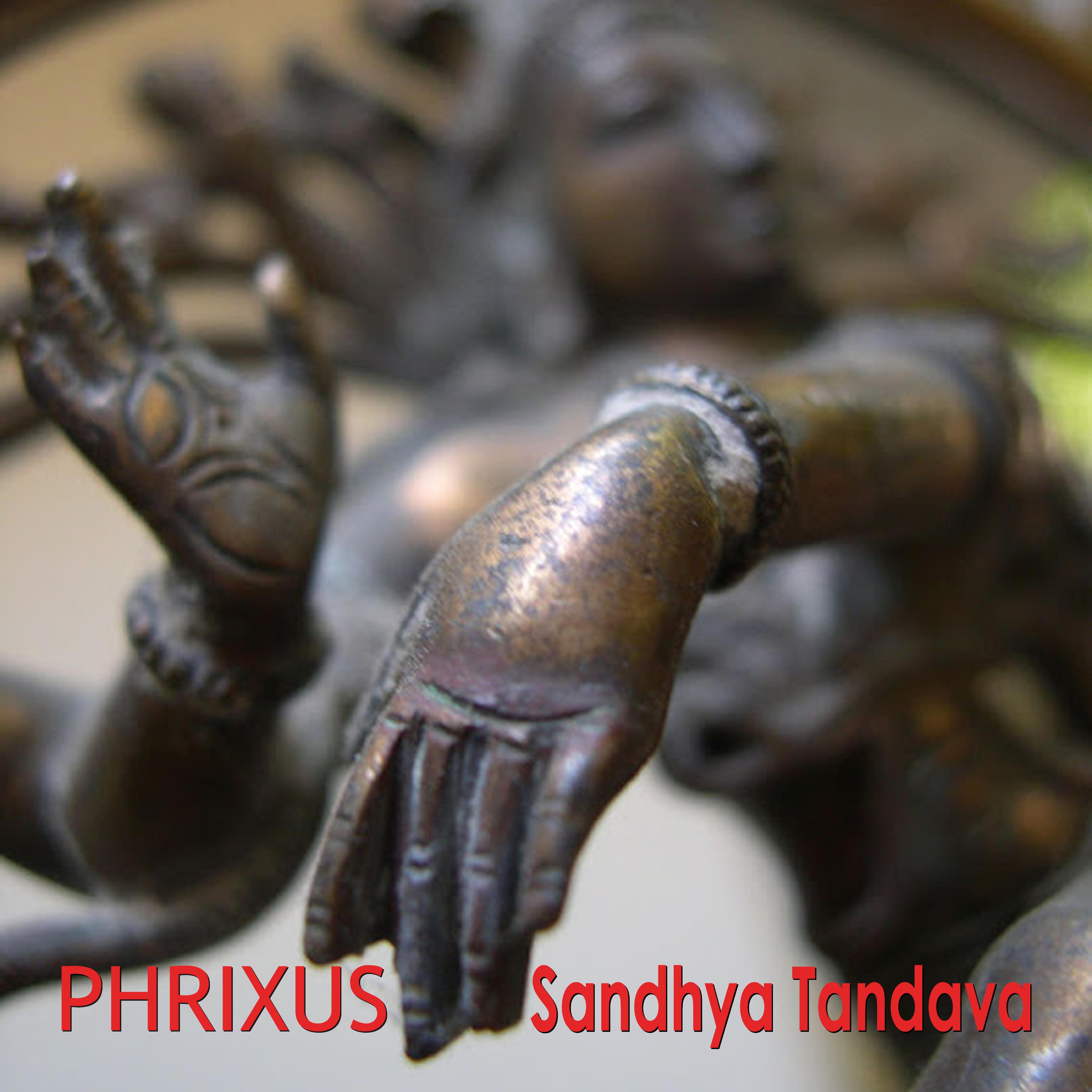 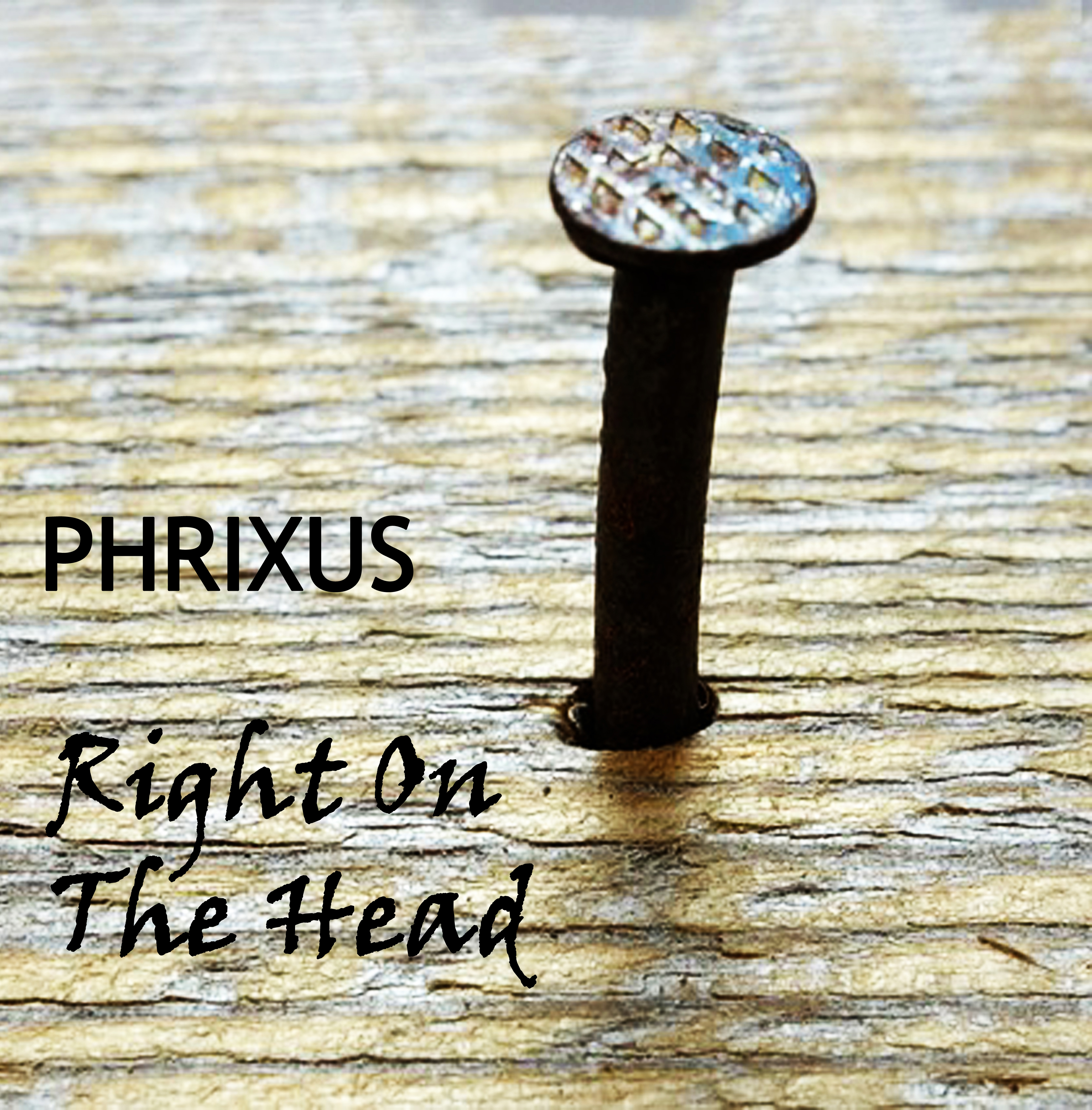 Right On The Head

Phrixus is a work in constant progress! That is immediately clear when you listen to this new album. The band’s 18th work of art carries overtones of blues and straightforward rock music in tunes like ‘Pretty Scattered’, ‘Snoggers & Bloggers’ and ‘It Must Be A Draw’.

Largely responsible for this new sound is Ton van der Nagel, Phrixus’ new singer, who was inducted into the band in January 2014. On this album Ton does not sing, however. Instead he takes up the guitar to spice up the Phrixus sound with some truly bluesy licks that sound really refreshing!

But the band does not renounce its progrock roots, as can be inferred from ‘The Story Of Magick Franck’ and particularly from ‘Katowice’, a marvellous composition which is neatly adorned with a drum solo taken from ‘Nothing At All’, a song by Gentle Giant. I really enjoyed listening to this cd and I hope you will too. 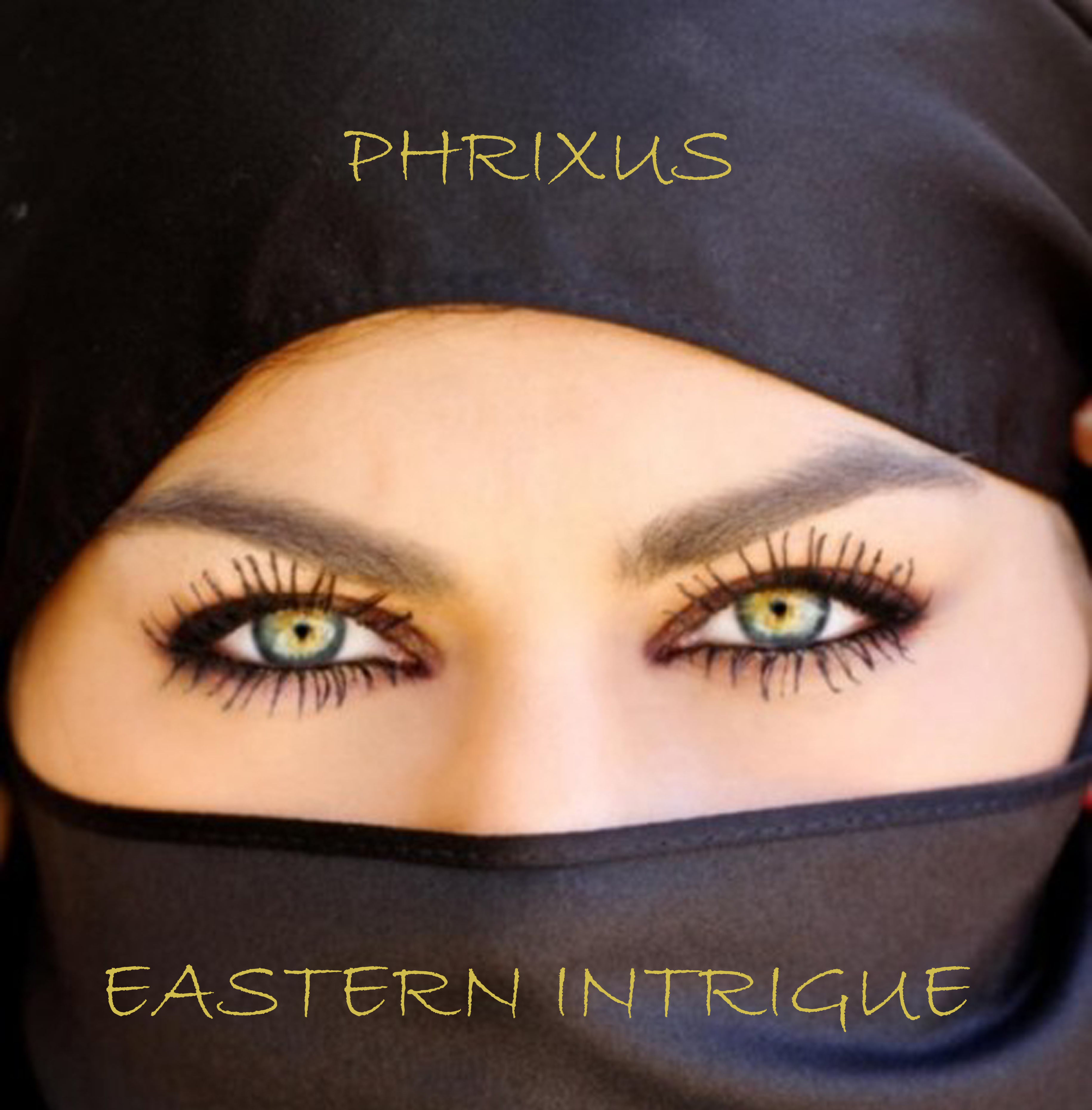 In September 2014 Phrixus was asked to provide the musical background for monthly Tandava meditation sessions organised by Henriette Versteijnen. This resulted in a lasting cooperation, performances at several festivals and the release of the album ‘Sandhya Tandava’, recorded live at a Kashmiran Tantra Retreat with Daniel Odier.

I had no dealings with this project whatsoever, since Phrixus in their eternal wisdom had decided to contract someone else to manage their venture into meditational music. For this I bear them no grudge. The guy they chose for the job, Hans Flierboom, is actually a very likeable person and a musician as well. He has played the guitar for ages and recently took up the sitar. As this instrument is particularly suited for meditational music, the band asked him to participate in their Tandava performances. This went down well, so the band decided it would be a good idea to incorporate the sitar in some of the regular Phrixus tunes.

On this new album, which resounds with the band’s fascination for oriental and meditational music, Hans plays sitar in two songs. Though his role in ‘Do The Bolly Wolly’ is modest, he really gets the chance to shine in ‘Brahma Churner Overdrive’. On behalf of the band I’d like to thank him for his contribution, both musically and spiritually (thanx for the beer, buddy!)

Jaap de Boer (the other manager) 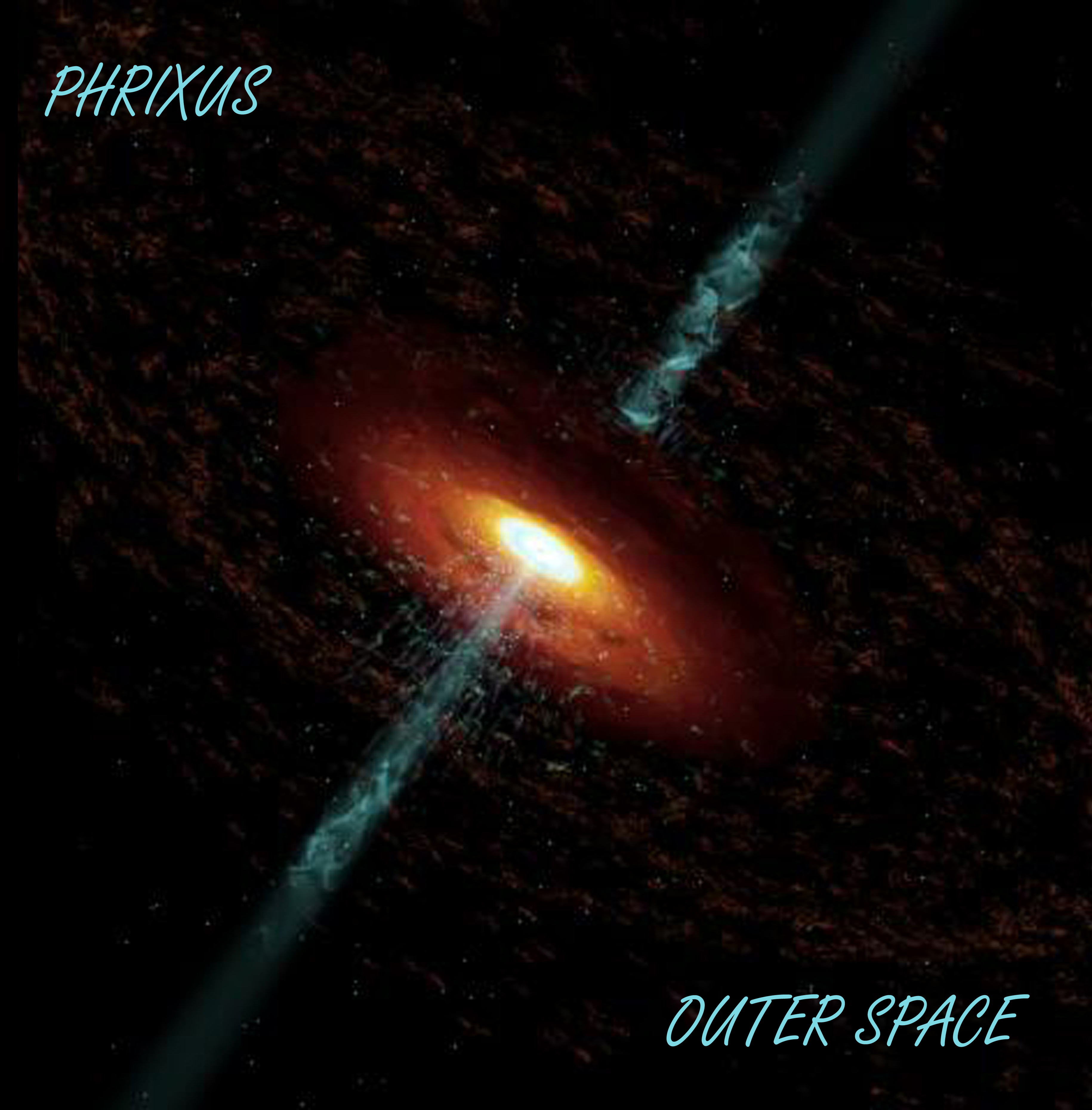 This is definitely the weirdest Phrixus album ever! From the uncontrolled frenzy of ‘Spasm’ to the somewhat disturbing intimacy of ‘My Own Personal Jesus’. Enjoy and space out! 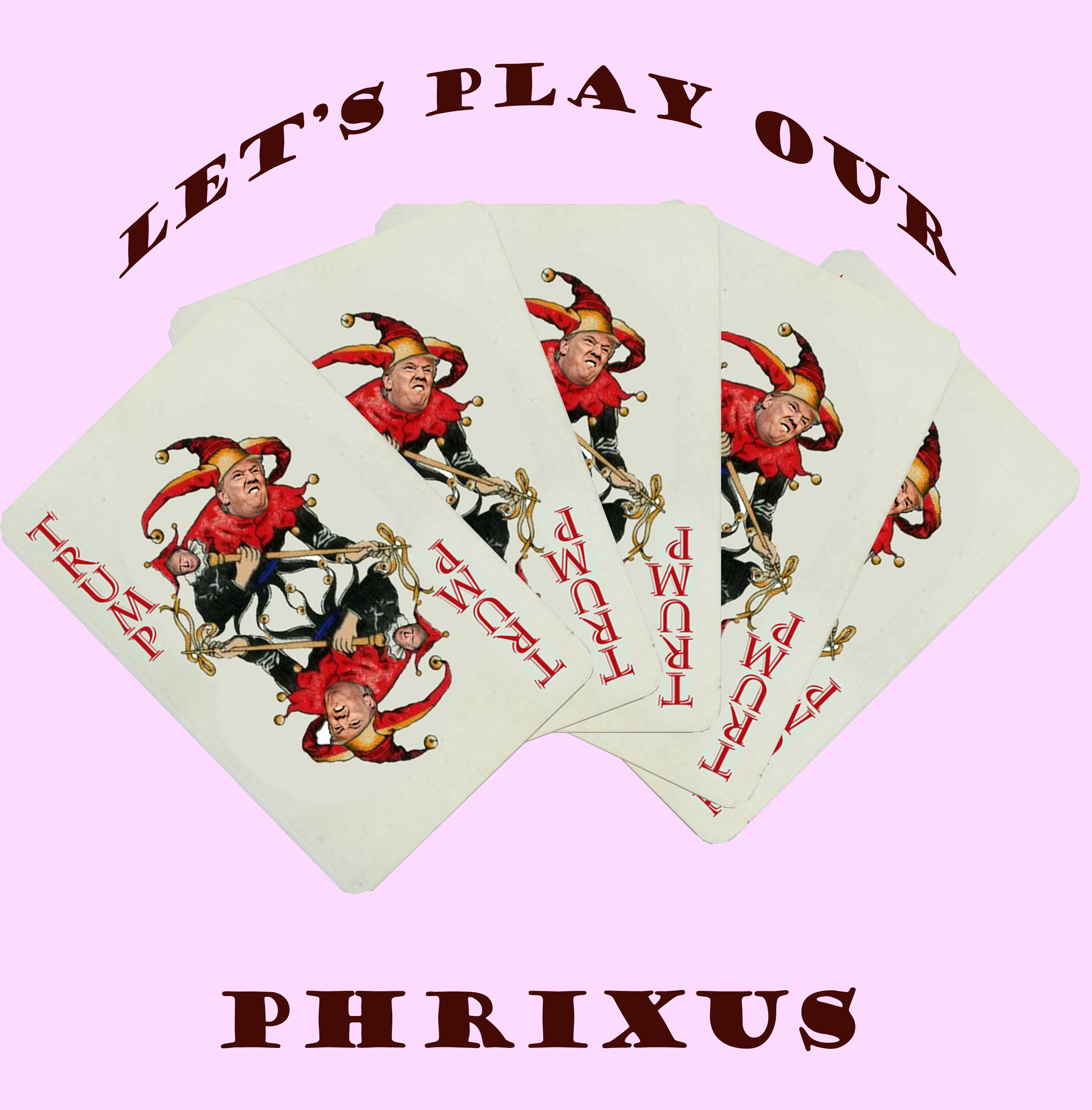 November 2016 A joker in the White House… we saw it all coming, didn’t we? Well, at least Phrixus did. And that is why they thought it was high time they played their trump card. In the past six months the band put a lot of work in writing and recording the material that you are going to listen to right now. Eight trump cards that constitute a musical journey through the mind of the biggest bigot that ever ruled the world in our times. 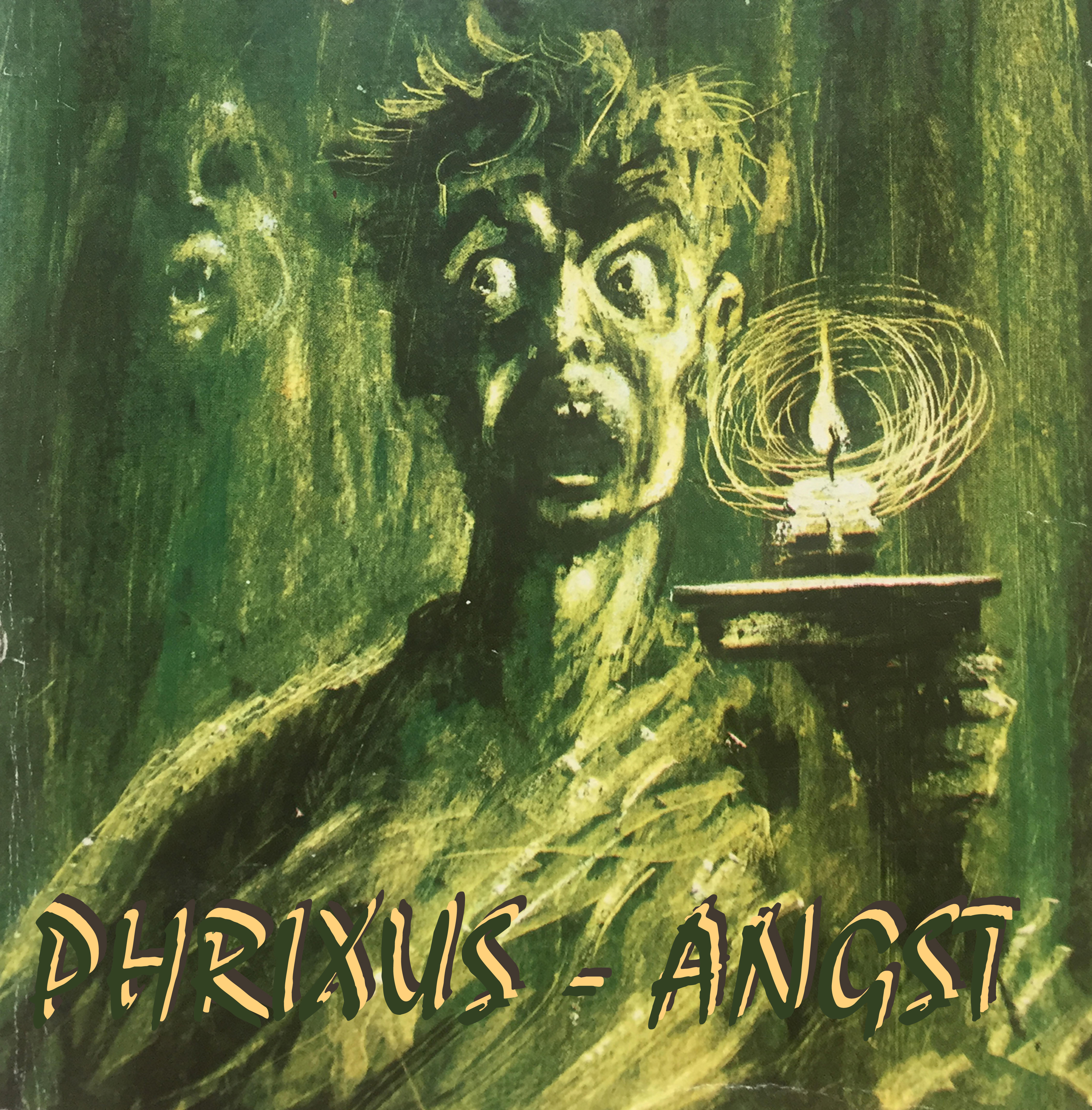 Jaap de Boer was too anguished to be able to write liner notes for this one. 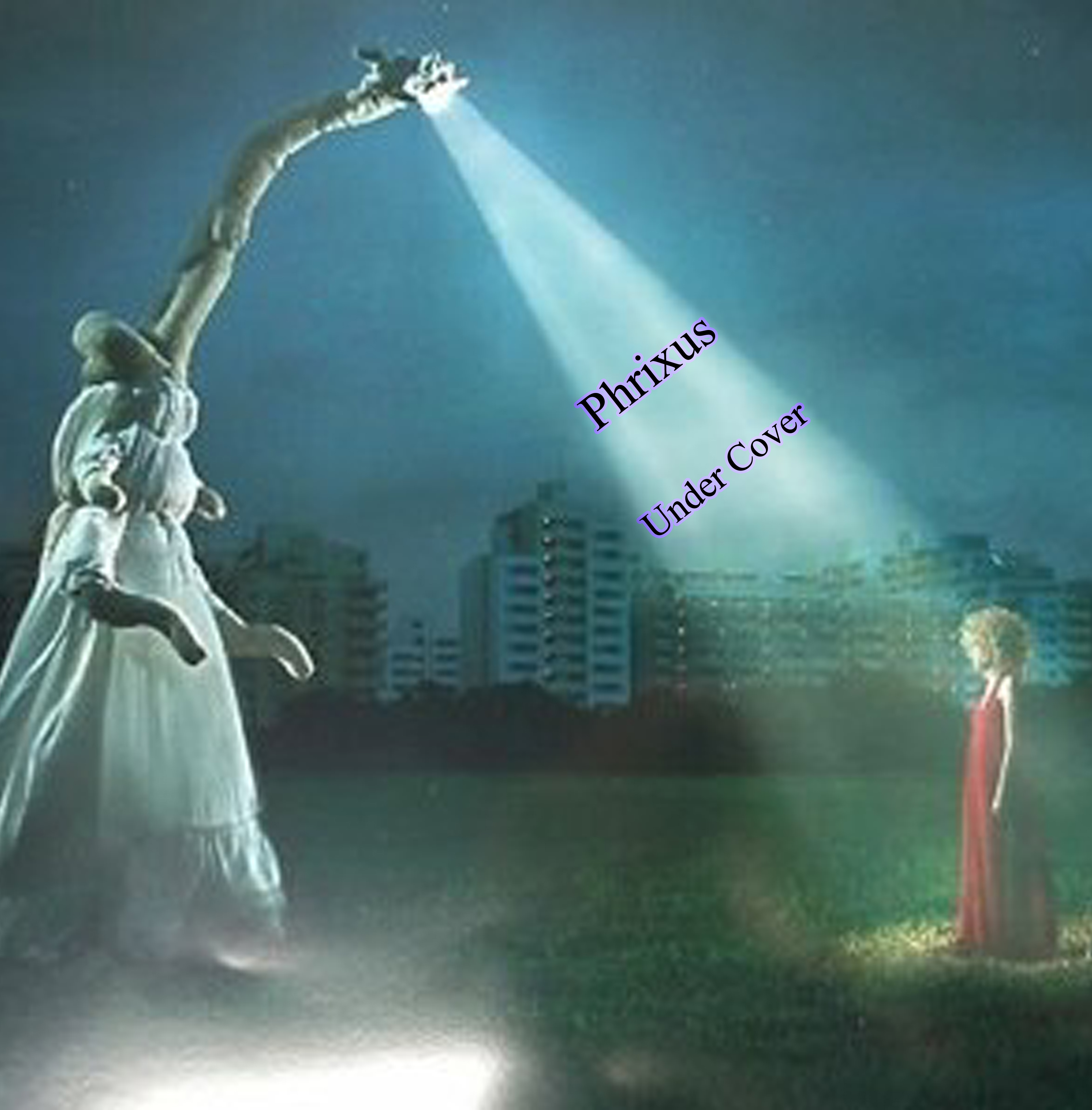 Right from the beginning Phrixus has taken a firm position on playing other artists’ music: they wouldn’t do covers! At least, that was their claim. But in the course of years they haven’t always been able to keep that promise. This album contains a selection of their finest covers. Hope you enjoy them! 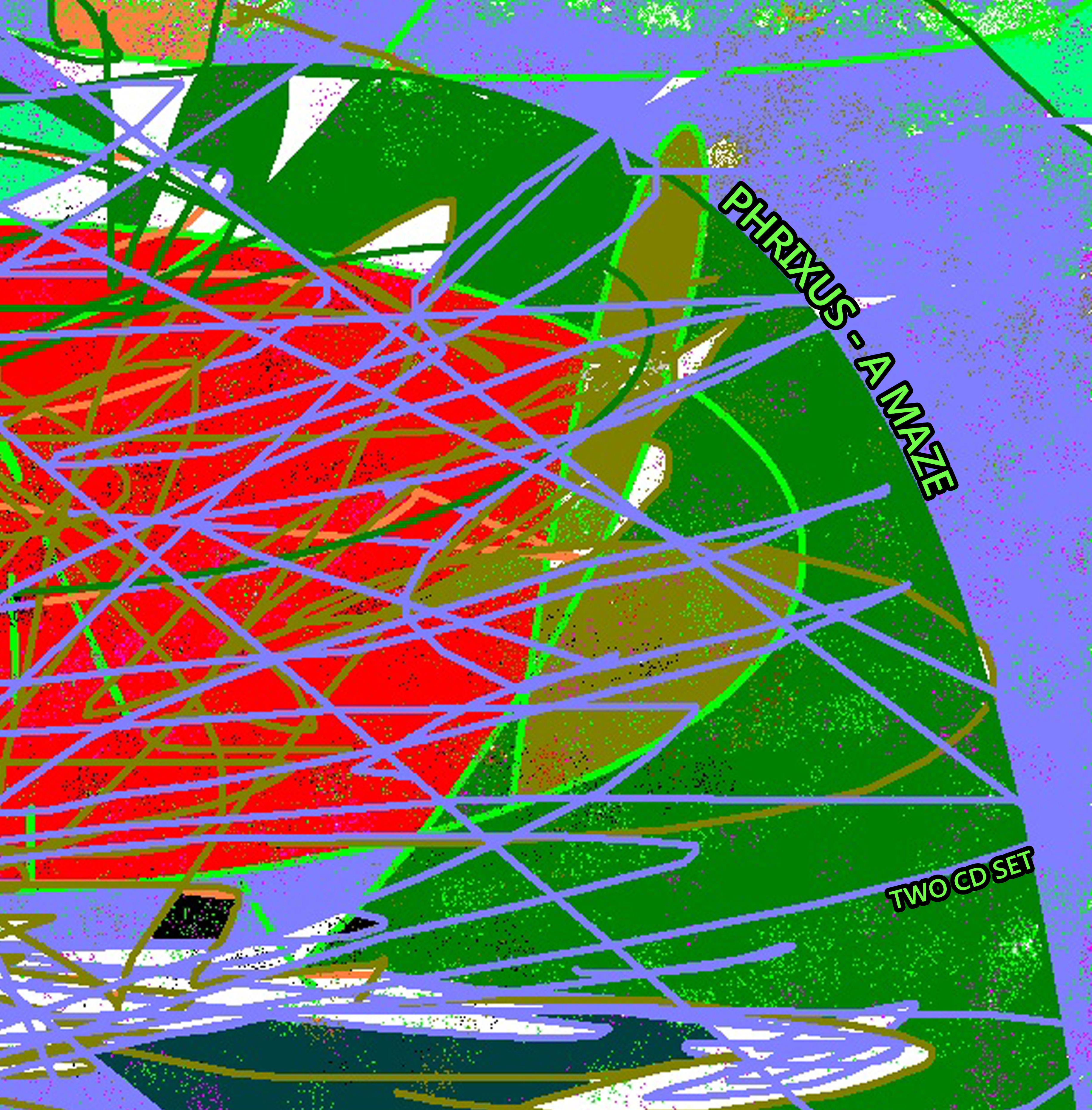 It’s been a while since you heard from your beloved band. The reasons for this are manifold. I won’t tire you with the details here. Suffice it to say that in the past two years there have been a number of changes in the band’s line-up, the most important of which is the departure of drummer Henk Nagtegaal.

That Henk has decided to leave Phrixus after more than fifteen years is very sad, of course. But then again, that’s life. Flirtations with a new drummer are in progress, albeit still in the early stages.

Meanwhile, I can give you some good news, too. Phrixus has come up with yet another album crammed with fantastic compositions. And a double one at that! This latest album presents both new material that the band wrote quite a few years back and some previously released songs that were rearranged to accommodate vocalist Ton van der Nagel.

After listening to it I can only conclude that ‘A Maze’ is beyond comparison with any of the band’s former works. The album exemplifies the musical craftsmanship and wizardry Phrixus has always been praised for. They strive to expand their musical boundaries once more, pushing the limits beyond the imaginable. Their sound is unparalleled. The songs have an organic quality, fluid, lively and expressive.

With ‘A Maze’ the band has made its mark once again, adding a crowning achievement to an already impressive legacy. ‘A Maze’ sucks you in, envelopes you and rocks you until you completely lose your sense of time and space. In short, total bliss. And that’s something to be grateful for!